Willy Nilly by: Chris Stead A digital ePub series for mobiles and tablets by Chris Stead, with art by the wonderfully talented Ronzkie. It stars a young boy whose ordinary activities spiral into crazy adventures as the real world and the world created by his imagination merge into one. The visual style represents a mix of bright, colourful Western video games with Eastern anime adventures. US$3.99 - BUY BOOK

In his first adventure, a trip to the beach takes an interesting turn when Willy jumps in a little green boat for a play and a giant wave takes him out to sea. Stranded, he enlists the help of some dolphins who carry him to a secret island where he finds a treasure map leading to a great prize.

In his second adventure, Willy’s has a big idea: why not build a pond in his backyard? That way he can lure some ducks up to visit from the local lake – but his plan backfires dramatically when all the local wildlife turns up. How will he feed them all? And how will he clean up the mess?

THE FASTEST KID IN THE WORLD

In his third adventure, Willy builds a billycart, but it doesn’t go fast enough. So Willy comes up with a big idea; what if he takes the billycart to the top of a hill, and coats the wheels with soap? If you like fast racing, big jumps and funny crashes, you’ll love what happens next!

MAKE YOUR OWN BOOK

Author Chris Stead runs a company called Old Mate Media, which specialises in helping parents and aspiring writers create their own children’s books. With a team skilled in editing, art, design, website creation, translations, theme tunes, video trailers and more, you can get as much or as little help as you require. Visit Old Mate Media for more information.

THE STORY BEHIND THE WILD IMAGINATION OF WILLY NILLY

Chris Stead is the father of three children, the oldest of whom – Charlie – has quite the imagination. Chris experimented with telling various stories to his son, and then closely watching to see how and when his eyes changed and you could see his imagination taking over. At this point you he knew the story was a good one, as Charlie was immersed and was visualising the story in his mind.

One day Chris was driving the family home from the Blue Mountains to Sydney on Australia’s east coast and the kids were going crazy. With his hand stuck to the wheel and incapable of reading Charlie – then three-years old – a book to quieten him down, he began to adlib a story about a little boy who went to the beach and got taken out to sea by a giant wave.

Back at home later that night, Charlie asked about the story about the little boy who went to the beach and Chris told it again. He clearly saw that look in his son’s eye. About a week later, Chris tested his young son’s memory. “What happened to the boy who went to the beach?” “What colour was the boat?” “Who helped him when he got stuck out to sea?” Before he knew it, Chris realised that his son was retelling the book; it had all sunk in and resonated. This book didn’t even exist; it was just an imaginary tale that only two humans knew, yet it had a soul.

At that moment, Chris decided he had to make the book something real, with pictures and a hero that his son could see. That book, The Little Green Boat, is now a reality, and it’s almost page-for-page identical to the story adlibbed on that car trip some 18-months earlier. However, now it is more than just a book for his son, but an adventure for all children to enjoy. And it’s not just a single book, but the start of series.

After Chris’ success telling his first story to his son, many more followed. At the time of this writing, over 30 stories exist in some form, with a sequel to The Little Green Boat set to launch before the end of 2015. Chris created a theme tune, a series name and logo, and a character that the kids can get to know and fall in love with, too. And, thankfully, Charlie loves it.

The Wild Imagination of Willy Nilly 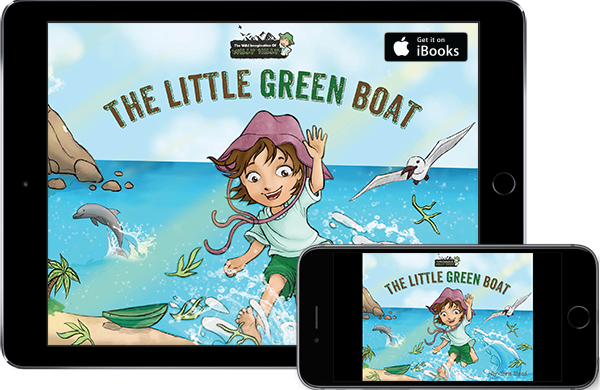 Writing has been a part of Chris Stead’s life since he was very young. In fact, he won the “creative writing” award way back in Year 3 at school as a seven-year-old. During his senior school years, Chris wrote constantly, be it stories while he was sitting at his desk in class not concentrating on the teacher, or writing up news reports on all the sports and experiences the kids in his local neighborhood enjoyed every day. 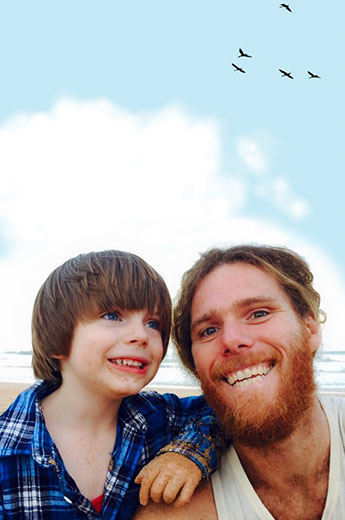 "Just bought this and read it to my 5 yr old and 3 yr old and they both loved it! They went nuts for the catchy little intro tune and had a great time pressing the little button to make the story appear. "
"Just read this book to my grandson and he loved it. The adventure is lots of fun, the art is beautiful and I loved the way he could interact with elements on the screen. Bring on the sequel - recommended!!"
"What a fun adventure! The kid loved it and I think this story might go on repeat for a while. Looking forward to Willy's next tale."
"What a fantastic little story! My Godson loved it, it's his new favourite book."
"Great fun. Would love to see more books like this from Chris Stead"

Subscribe to our newsletter to get the first word on the arrival of Willy Nilly on Android, the release of the next book in the series, and on any updates. Occasionally we will also run competitions.

Willy Nilly – The Fastest Kid in the World

Willy Nilly – The Fastest Kid in the World